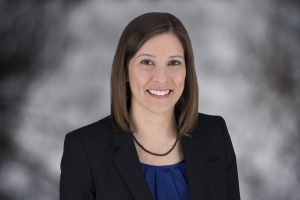 As a Senior Program Officer, Cindy Cooper supports The Lemelson Foundation’s U.S. Higher Education initiative to cultivate the next generation of impact-driven innovators while simultaneously fostering equitable and inclusive pathways for student inventors. She also leads Engineering for One Planet, the Foundation’s effort to equip tomorrow’s engineers with the skills, knowledge, and understanding they need to protect our planet and the life it sustains.

Cooper joined The Lemelson Foundation as a Program Officer in 2017. During her tenure, she has served as a judge for national and international innovation competitions, including the 2019 MacArthur Foundation 100&Change competition. Additionally, she has been a keynote speaker, panelist, and moderator for national and global events.

Cooper previously co-founded and served as the Executive Director of Portland State University’s (PSU) Impact Entrepreneurs Program, where she taught social innovation and entrepreneurship and co-led their successful bid for recognition as an Ashoka U Changemaker Campus, developed social innovation incubation programs, and co-led the creation of the nation’s first online academic and professional certificate in social innovation and entrepreneurship. She also co-founded Speak Shop, an award-winning social enterprise for learning Spanish online by video conferencing with teachers in Guatemala.

Building Back Better for a Healthy Planet

Inventing for One Planet