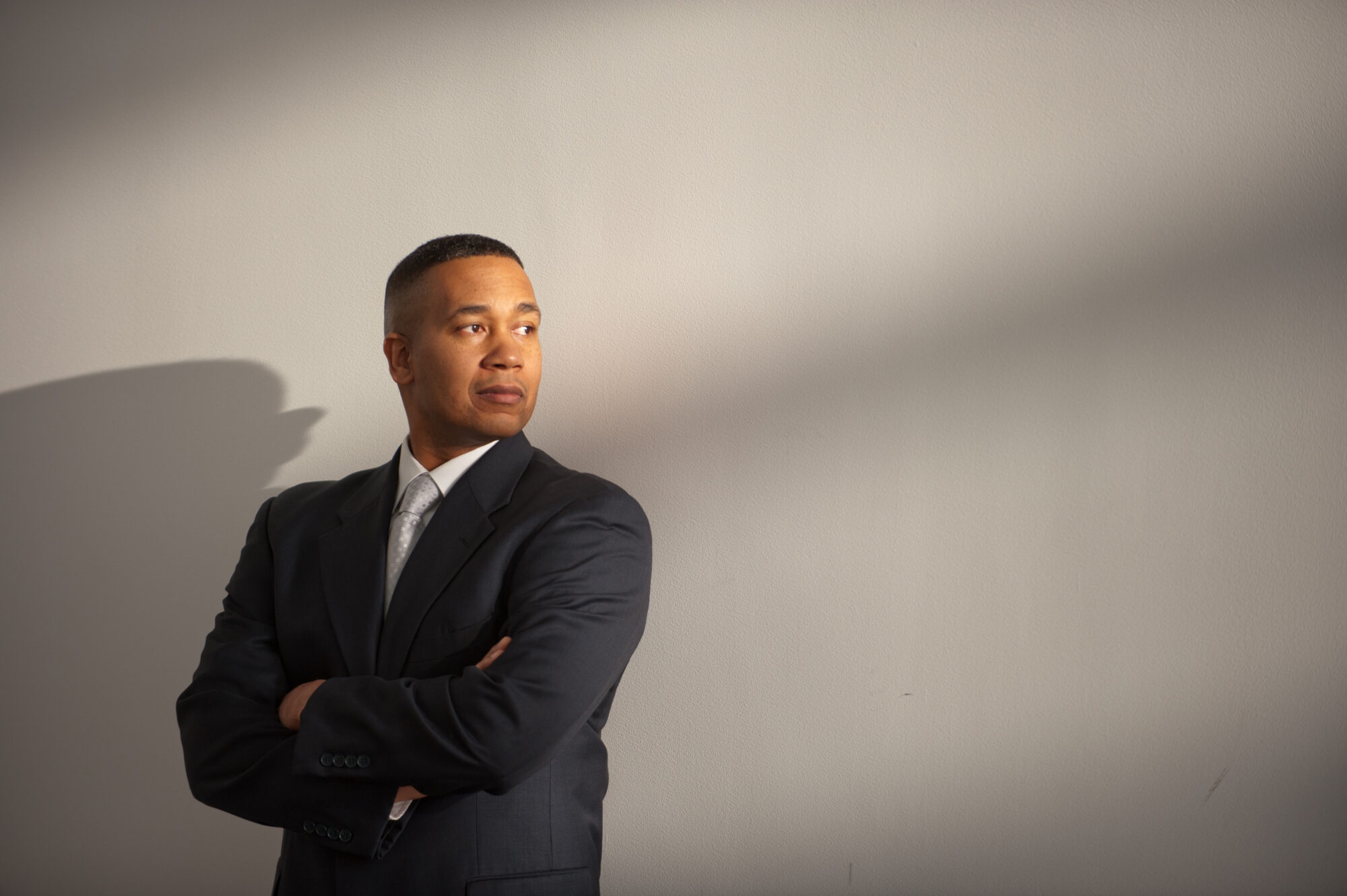 Dr. Juan Gilbert created the Prime III software voting system as a model for how to make elections more secure — and more inclusive.

Growing up in Hamilton, Ohio, Dr. Juan Gilbert’s path toward invention wasn’t laid out for him. “I didn’t have any role model or anything like that,” he says. What he did have were two inspiring parents.

His father, who had an eighth-grade education, fought in the Korean War. After he came back, he learned to repair cars and opened his own paint and body shop business. “Engineering-wise, I learned a lot in his shop,” says Gilbert.

His mother graduated from high school and worked as an aide for hearing impaired kids — a job that left a lasting, positive imprint on her son about the importance of inclusivity and accessibility. 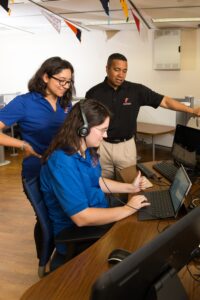 In 2000, Gilbert earned his Ph.D. in computer science from the University of Cincinnati. To his knowledge, he was the only African-American candidate in his program. Today he teaches at the University of Florida, where he runs the Human Experience Research Lab. The graduate students in the lab are mostly African American and predominately female. “It has been that way for years,” he says. “It’s part of who we are. It’s part of what we do.”

Gilbert has received many accolades, awards and distinctions for his work. Among his accomplishments is the Prime III voting system. Designed to accommodate all voters regardless of mobility, vision, hearing or other impairments, the breakthrough voting technology was the first of its kind to be used in state, federal and local elections.

Congress passed the Help America Vote Act in 2002 to reform the voting process. It included a provision that required every voting precinct to have at least one accessible voting machine for people with disabilities. “From my perspective,” says Gilbert, “that created a separate-but-equal connotation.”

The legislation was inspired by the difficulties of the 2000 presidential election, which was mired in controversy and resulted in weeks of vote recounting. In the aftermath, “there was a lot of concern about the integrity of our elections,” says Gilbert.
To address those problems – as well as potential unintended consequences of the legislation – he incorporated the principal of universal design into his innovation, with the goal of having one system accommodate the largest number of people possible regardless of abilities. 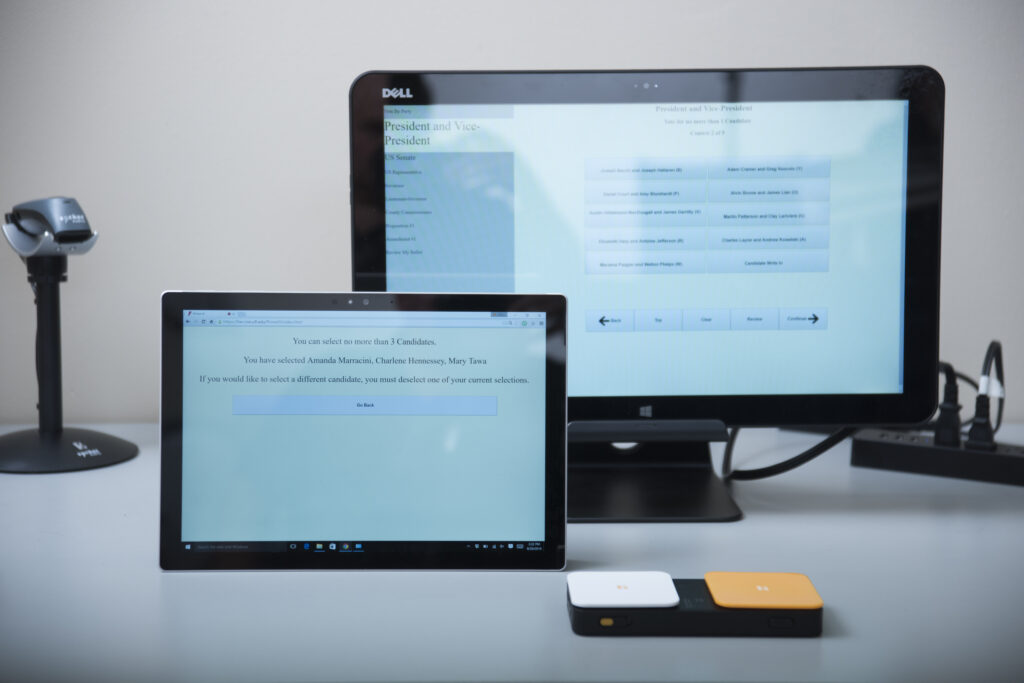 Prime III operates on a touch-screen tablet, and voters can choose different modes of interaction – speaking, touching or both – to help them make their voting selections privately and independently. For voters with visual or physical impairment, a headset with a microphone helps them navigate selections. 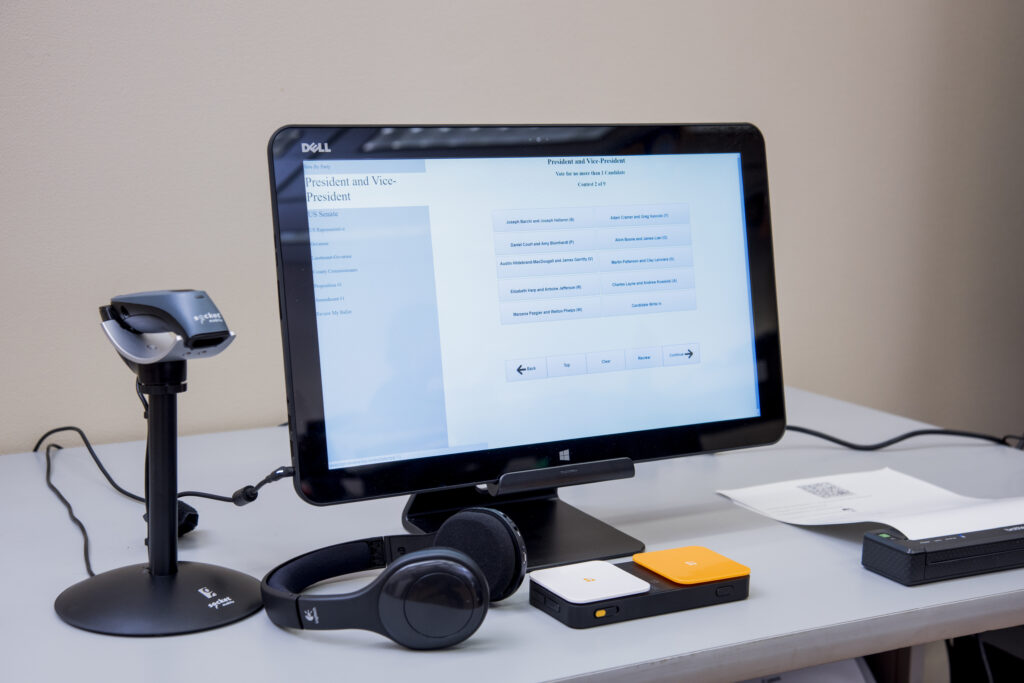 Prime III is a system that everyone can use independent of their abilities or disabilities. “You get not only more equity,” says Gilbert, “but also a more secure environment.”

Creating separate systems or machines leave them more vulnerable to hacking, explains Gilbert. But if one system is designed to universally accommodate all people, it becomes easier to detect errors and vulnerabilities. In addition, Prime III provides a print-out record of the ballot, something some electronic voting machines still don’t do.

Gilbert received funding from the U.S. Election Assistance Commission and the National Science Foundation to help develop and test his technology, and Prime III has already been successfully used in two states. To avoid political considerations and reduce public costs, Gilbert released his code as open source in 2015, and existing voting machine companies have incorporated Prime III designs into their systems.

Gilbert is currently testing a new, patent-pending adaptation that incorporates an innovative hardware upgrade. “Imagine a piece of glass that’s like a touch screen. You make your selections and then they print right behind the glass. You see exactly what’s printing right in front of you. The idea is that we’re basically turning paper into a touch screen.”

The initial prototype is being manufactured now and will then go through a study phase. “I’m hoping to have some results to really show that this technique will be the most secure method of voting ever,” he says.

The next frontier for Gilbert is addressing the inequity in computing more generally. “I think people understand bias in AI is a reality. You see it in predictive policing and other algorithms. The question is, how do you address it?”

To try to answer that question, Gilbert is running an equitable AI research group at the University of Florida. Gilbert believes that in order to be considered equitable, AI must meet one of two requirements: It must have a primary goal of creating equity or it must create outcomes, decisions or recommendations that are equitable. His group researches how to judge systems and evaluate them along these metrics to determine if they’re equitable. To date, the only AI system Gilbert has found that has a primary goal of creating equity is one he himself created. Called Applications Quest, the software tool helps institutions ensure that their admissions, scholarship and placement decisions are fair and equitable.

Gilbert says that because he didn’t see people like himself while he was growing up, it didn’t occur to him that he could become a computer scientist and inventor. “For me now, it’s about telling my story,” he says, something that he’s done through the AAAS-Lemelson Invention Ambassador program, as well as through visiting schools. “It’s about working with my students and helping educate and expose them and others to these opportunities.”

Gilbert says it’s also about perseverance. “Understand that it’s a marathon, not a sprint. The concept of overnight success doesn’t exist. You’ve got to persevere.” 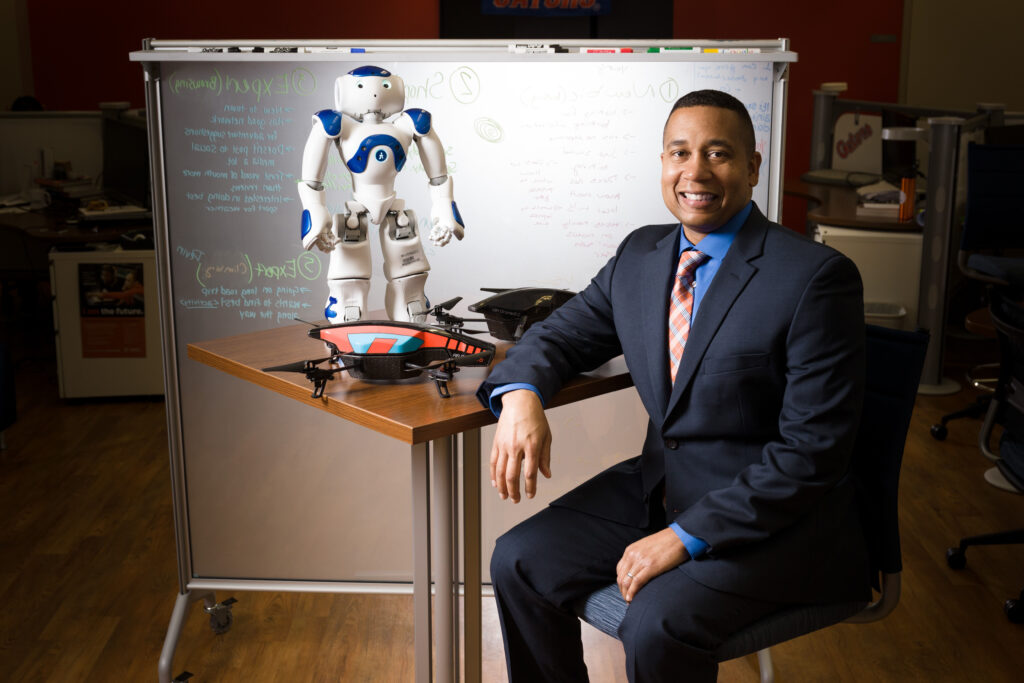 How Adversity Led to a Lifetime of Engineering and Invention