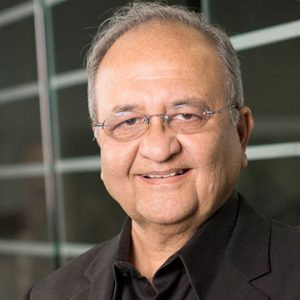 Mir Imran founded InCube Labs in 1995 to focus on his passion: creating medical solutions that change the standard of care in critical healthcare markets. After attending medical school, Mir began his career as a healthcare entrepreneur in the late 1970s, and has since founded numerous game-changing companies. Over the decades, he has become one of the leading inventors and entrepreneurs in the field. Mir now holds more than 200 issued patents and is perhaps most well known for his pioneering contributions to the first FDA-approved Automatic Implantable Cardioverter Defibrillator, a device that has saved hundreds of thousands of lives and has become a standard of care in cardiology.

As an entrepreneur, Mir has founded more than 20 life sciences companies; 15 of his companies have seen “liquidity events” (IPO/Acquisition). Mir’s expertise spans a wide range of clinical areas from interventional cardiology to chronic pain, obesity and CNS disorders. Mir actively collaborates with the nation’s top universities on research and development, including Stanford, Rutgers, Johns Hopkins, UTSW and others. Mir also founded InCube Ventures, a life sciences venture fund, where he has led investments in a range of promising ventures arising both from InCube Labs and externally. He is also an active angel investor and is a limited partner in several venture funds. He sits on the boards of several life sciences companies.

Mir’s entrepreneurial experiences have led him to feel that the process of innovation is teachable to every child. He noticed that existing STEM education programs do not address the teaching of innovation in a systemic and holistic manner. They also do not reach every child. He believes there can be a framework for innovation education and began implementing his approach with his own four children. Wanting to take that approach further, Mir established the InCube Innovation Institute in Texas in 2014 to develop a first-of-its-kind Innovation Program for grades 6-12. The program currently partners with the San Antonio Independent School District on a pilot program with hopes to scale the work regionally, nationally and internationally over time.

Born and raised in India, Mir moved to New Jersey in 1973 to attend Rutgers, from which he obtained an M.S. in bioengineering and a B.S. in electrical engineering. He also attended CMDNJ/Rutgers Medical School.