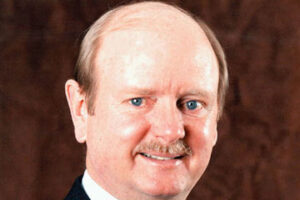 Miller is an elected Fellow of the American Academy of Arts & Sciences and the National Academy of Inventors, and a Member of the National Academy of Engineering (NAE).  He is co-recipient of the NAE Bernard M. Gordon Prize for Innovation in Engineering and Technology Education twice—in 2013 and again in 2022—the only person to win this award more than once.  He also received the 2017 Brock International Prize in Education, and the 2011 Marlowe Award from the American Society for Engineering Education.  In 2014, he received the Caltech Distinguished Alumni Award and in 2002 he received the Distinguished Engineering Alumnus Award from the University of California at Davis.

Miller has served as Chair of the Board on Higher Education and Workforce of the US National Academies of Science, Engineering, and Medicine and as Chair of the Engineering Advisory Committee of the US National Science Foundation.  He has also served on advisory boards and committees for Harvard University, Stanford University, the U.S. Military Academy at West Point, the Lemelson Foundation, the Asian University for Women, the Milken Center for the Advancement of the American Dream, and others. In addition, he has served as a consultant to the World Bank in the establishment of new universities in developing countries. Miller earned his B.S at the University of California, Davis, his S.M. from MIT, and Ph.D. from the California Institute of Technology.