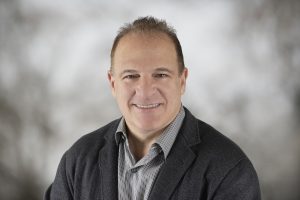 Robert Lemelson, Ph.D., is a research anthropologist at the Semel Institute of Neuroscience and an adjunct professor of anthropology, both at UCLA. In 2007 he founded Elemental Productions, an ethnographic documentary film production company dedicated to producing films focusing on culture, psychology, and personal experience. In that capacity he has produced and directed more than a dozen films on subjects including trauma and health, the sex trade, mental illness, kinship, ritual, and more.

Dr. Lemelson has been conducting psychological and visual anthropological research in Indonesia, on the islands of Bali and Java, yearly for the past 25 years, and his work has appeared in numerous journals and book chapters. He is the co-editor of two volumes with Cambridge University Press: “Understanding Trauma: Integrating Biological, Clinical, and Cultural Perspectives” and “Re-Visioning Psychiatry: Cultural Phenomenology, Critical Neuroscience, and Global Mental Health.” His newest book, “Afflictions: Steps Toward a Visual Psychological Anthropology,” was published in 2017 by Palgrave Press.