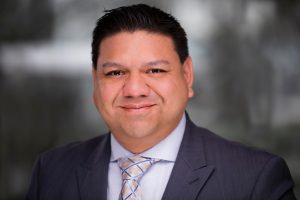 David Coronado joined the Foundation as a Program Officer in 2015, and works to support student growth by promoting equal access to invention education, STEM coursework and out-of-school learning in K-12 schools. Coronado is passionate about breaking the cycle of poverty that prevents many young people from succeeding, and providing alternative pathways that involve inspiration, education and graduation.

Before joining the Foundation, Coronado spent over a decade as executive director of the Oregon MESA (Mathematics, Engineering and Science Achievement) program at Portland State University – a Lemelson Foundation grantee. He managed all aspects of Oregon MESA’s work to help students from underserved communities gain access to STEM and Invention Education. Nationally, he served as the President of the MESA USA organization and brought Invention Education as an approach that has now been integrated across the MESA program nationally. In addition, Coronado served as an academic coordinator at Harvey Mudd College Math and Science Center and as President of the Oregon College Access Network.

Invention Education: Preparing Our Students Today for a Changing Future