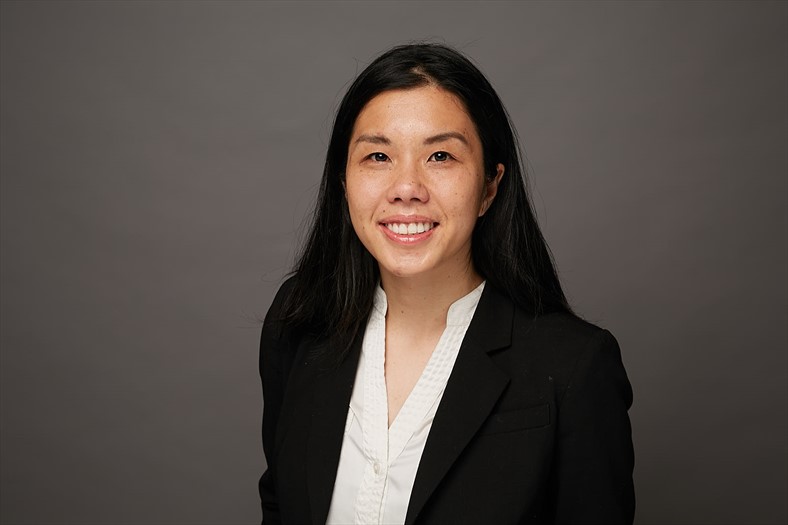 From a family of Vietnamese refugees and the only girl in her college physics program, Kayla Nguyen has overcome her share of obstacles. Now she’s working to encourage other women and girls interested in science.

“Inventions and physics are all around us,” says Kayla Nguyen. Now a postdoctoral researcher at the University of Illinois Urbana-Champaign, the 31-year-old first realized this as a teenager, when her mother told her that if she wanted spending money, she needed a job.

Nguyen ended up working in a skateboard shop and remembers customers asking for boards with specific features. “They would want more pop, for example, or better bearings,” she says. “So I gradually built an intuition to what made a good skateboard.” And that, she says, led her to develop another intuition — for physics.

Living in southern California, Nguyen also surfed as a teen. But instead of simply focusing on having fun, she took notice of the energy and motion of the waves, the way they formed and traveled. Along with skateboarding, says Nguyen, paying a scientific-level of attention to surfing further spurred her growing passion for physics and the way things work. It was a continuation of the excitement she had felt when, at age nine, she’d gone with her uncle to see Sally Ride — a physicist and the first woman to go to space — speak at an event centered on encouraging more women and girls to pursue careers in STEM. 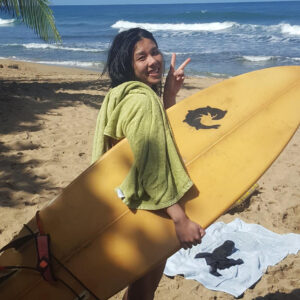 But Nguyen’s childhood wasn’t entirely smooth. Her family came to the United States in the early ‘90s from Vietnam when she was just four years old. Before that, they had stayed at a refugee camp in Thailand. “Coming to America was difficult for my family,” she says, because they struggled to overcome language as well as economic barriers.

Still, Nguyen’s parents placed high importance on education and grades, and she went on to study physics at the University of California, Santa Barbara (UCSB). There, she found herself with a front-row seat to the STEM gender gap. “I was one of twelve students in the program — called the College of Creative Studies — and I was the only woman,” she says.

Standing out didn’t deter her. Nguyen knew she wanted to be a scientist, and after graduating from UCSB, she continued on her path to Cornell University. There she earned a master’s degree in chemical physics and a PhD in chemistry and chemical biology. Along the way, Nguyen also became an inventor and advocate for other girls and young women interested in STEM.

While in graduate school, Nguyen was encouraged to enter the Lemelson-MIT student prize competition, which honors promising young undergraduate and graduate student inventors across the country. Nguyen decided to enter with an invention she had worked on previously called the electron microscope pixel ray detector, or EMPAD. It’s a camera, not unlike the one on your phone, she says, but instead of taking pictures using light, the EMPAD takes pictures using electrons and can detect and display them at an unprecedented level of detail.

Nguyen won the LMIT Student Prize in 2018, and since then, the EMPAD has been licensed to the company Thermo Fisher Scientific and has been sold around the world for use in diverse applications ranging from disease detection to art conservation. 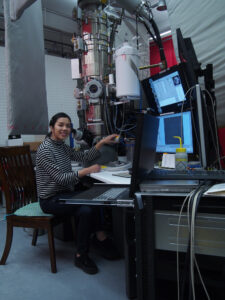 In her current postdoctoral research at the University of Urbana-Champaign, Nguyen is developing new electron microscopy techniques using antiferromagnets – a type of magnetic material that has the potential to make faster computers and vastly increase their storage and data capacities.

Simultaneously, she is working to bring science kits to young girls in the region’s rural communities. “This way I can encourage girls and young women from diverse backgrounds that have not been typically represented in science to become interested in engineering and invention,” she says. “A lot of the disparities that we see in science education come from a lack of access, and my goal as a mentor is to give access to girls who haven’t had the ability to gain the same access before.”

Outreach and mentorship have always been at the core of Nguyen’s professional life. While in graduate school, through Cornell’s Center for Materials Research, she worked with middle and high school students and their teachers in New York City and Washington, DC.

Role models are important, says Nguyen. “Engineering is difficult. It’s very rigorous, it’s very hard. And you have to sacrifice a lot of your years and time for it. And people need encouragement along the way. It’s kind of like a marathon. So it’s important to let people know that they’re making an impact, they’re changing the world.”

This message gets at the heart of what Nguyen feels women need most in STEM: confidence. Meeting other women with similar interests is key to building confidence, she says, as is speaking up. “There are a lot more men than women in these fields. And so women, they feel very overwhelmed by that, so they either are very shy and don’t speak out — even though they know the answers to the problems — or they feel like they’re not smart enough because guys are more talkative.”

Her advice to girls aspiring to be scientists, inventors or entrepreneurs? Start with something you’re already interested in. “If you’re a soccer player, for example, start understanding how soccer works. You know, how the ball works, how its movement works. Then think about trying ways to actually make better soccer balls or make better movements.”

And of course, be confident. “Believe in yourself, your abilities and your innovations. So long as you have that foundation, anything is possible.”