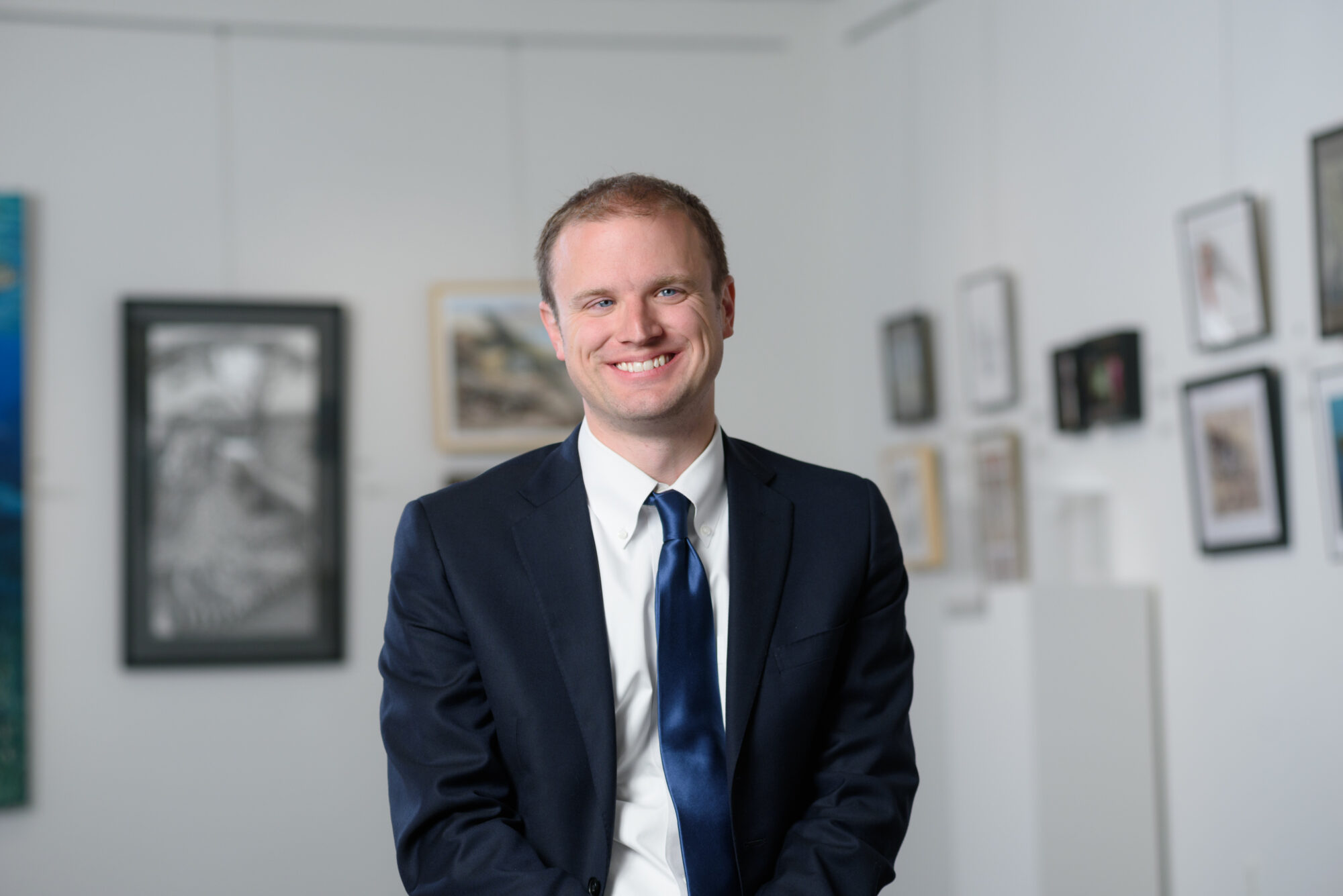 At the intersection of empathy and invention, Jason Grieves develops technology that bridges the digital divide for those with mobility or visual impairments.

If Jason Grieves could boil his invention philosophy down to one phrase it would be this: inclusive design. A software engineer who has worked at Apple, Microsoft and IBM, and the holder of eleven patents, Grieves is passionate about creating empowering solutions to bridge the digital divide for people with disabilities.

His dedication stems from personal experience. Grieves was born with optical nerve damage in both eyes, which resulted in uncorrectable vision of 20/80 and 20/200. But as a child, he discovered that he had a gift for solving problems and for helping people. When he was in high school, he spent a summer preparing a kindergarten teacher and classroom for an incoming student who had a visual impairment similar to his.

Among Grieves’s inventions is software that makes typing on phones easier for everyone, including users who have limited mobility. Grieves has also designed computer screen innovations that enlarge text for people who have reduced visual acuity, and that adjust color and brightness for people who have light sensitivity. 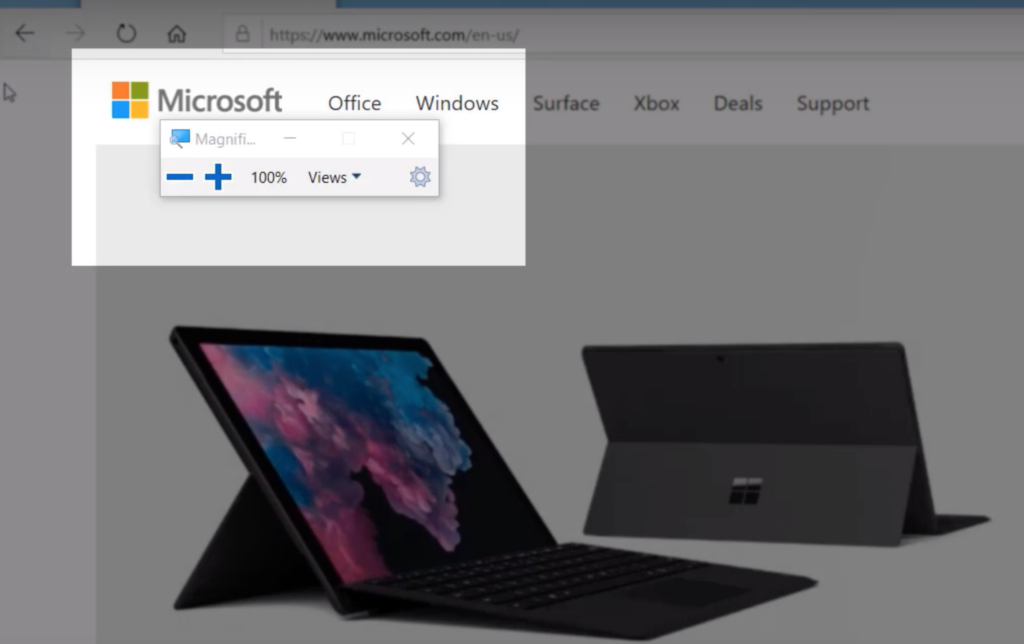 The Magnifier is showcased in this video from Microsoft

In 2008, Grieves graduated from Virginia Tech with a degree in computer engineering, and then went on to intern at IBM. For more than a decade at Microsoft, he focused on building technology that is more accessible to more people. “We’ve been able to make a lot of great improvements for people who have visual acuity problems,” he said, and being able to work on technology that helps people facing similar accessibility issues to him is “a dream come true.”

Grieves credits his knack for problem solving to his father, who is a civil engineer. But it wasn’t until college when Grieves really started applying those skills to invention. He was working in Virginia Tech’s office for students with disabilities, where the focus was not on disability but on ability. “A student might come in to our office and say, ‘I can’t see very well.’ And we would say, ‘Well you’ve got great hearing and great use of your legs and hands. Let’s find technology that works for you.’”

As his problem-solving prowess progressed, Grieves became more and more committed to the concept of inclusive design. “It’s about thinking of others, but not about people who can’t — it’s about people who can.” This mentality has propelled Grieves to develop game-changing technology for people with visual impairments.

Currently working on machine learning solutions at Apple, he continues to be driven in his work by empathy. “I’m most proud of bringing in technologies that help people like myself,” he said. “It’s been really rewarding, because I’ve been able to meet so many people with other visual impairments and understand their needs. Sometimes they’re the same as my own, but often they’re very different.”

One of the inventions Grieves is most proud of is a magnifier that helps make a computer screen bigger for people who have lower visual acuity. One of its features is a component that keeps the mouse in the center of the screen so that people with peripheral vision limitations can always find it. 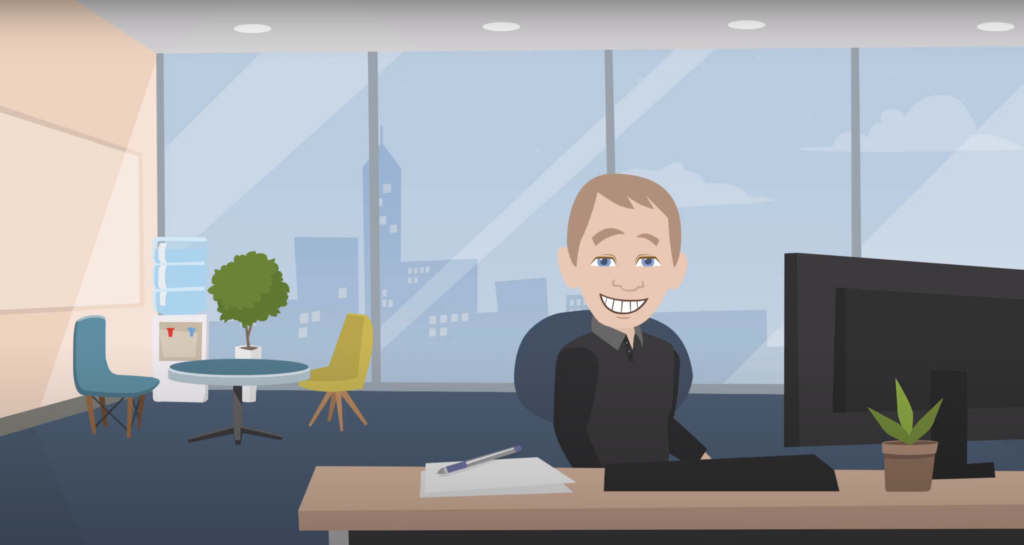 Grieves has designed technology that makes it possible for light-sensitive users to adjust the colors and level of brightness on their screens. He’s also developed a sliding tool that lets the user enlarge text for easier reading. It’s an example of a device that’s helpful for everyone, regardless of ability.

“Many solutions, such as speech recognition, were originally built for people with disabilities and have become mainstream,” he said. “I think that speaks beautifully to accessibility and inclusive design. When we make technology that’s more accessible, it’s easier for all of us to use.”

As a successful inventor and a AAAS-Lemelson Invention Ambassador, Grieves tries to use his platform to amplify messages of inclusion. “I do want to evangelize accessibility,” he said. “There are amazing technologies like AI and machine learning that I think are going to be wonderful for people with disabilities.”

And while new technology has helped foster greater inclusion, Grieves is also committed to addressing the digital divide that can result from innovation. “The biggest divide is in the tools we use at the office, which continue to be difficult to use as people with disabilities,” he explained. “We need to continue to strive to build these solutions to work great for each of us.”

Grieves emphasizes the importance of inventing and designing with all users in mind, and seeking diverse input all along the way. “What I’ve learned in my life is that if you really want lasting impact, if you really want to build technology that helps people for a long time, you’ve got to involve people at every stage of your invention process.”