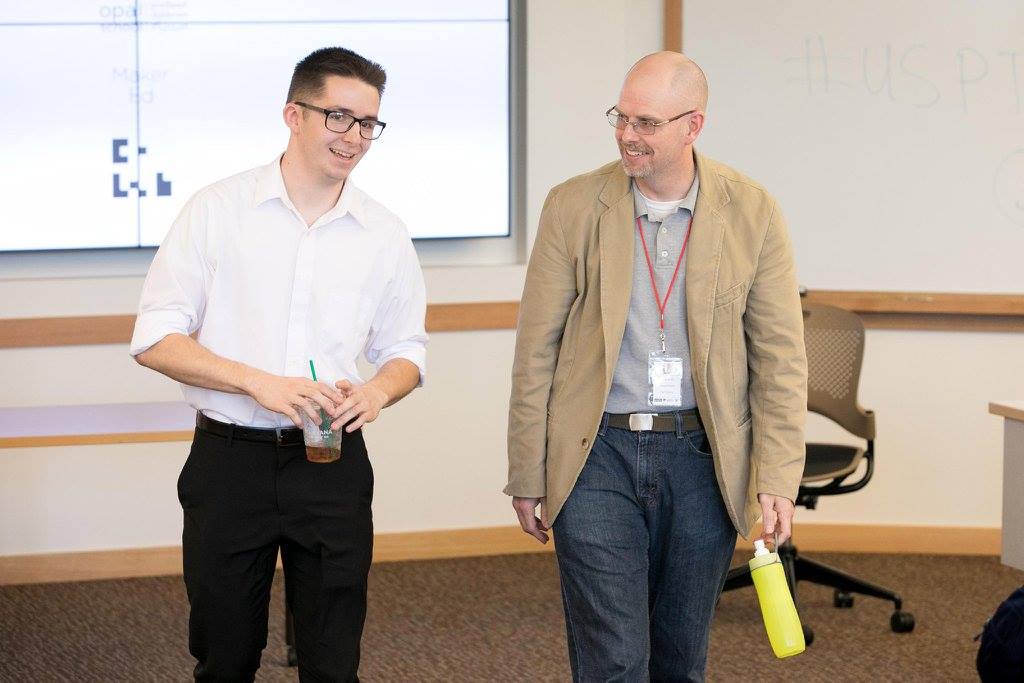 Now a satellite orbital analyst, Ford Grundberg used to intentionally blow off his schoolwork. Then an invention education experience changed his life trajectory.

Ford Grundberg was a sophomore in high school in Natick, Massachusetts, when he met Doug Scott. It was during a study hall, and Mr. Scott was the teacher overseeing the students. “At that point in my life,” says Ford, “I think the most polite way to say it is, I wasn’t living up to my full potential.”

Ford’s parents had divorced a few years earlier, and he was still grappling with the uncertainty and changes in his life. He took control in the best way he knew how — by deliberately not doing his schoolwork.

He would sometimes skip study hall to avoid Mr. Scott, who Ford knew would hold him accountable. At that time, Mr. Scott was also Ford’s lacrosse coach, which created a bit of a problem with Ford’s absenteeism. “That made it really awkward when I was skipping his classes and then going to lacrosse practice.”

But the tide shifted when Ford joined Mr. Scott’s robotics invention class. Ford had always liked math and science. “I knew I wanted to be an astronaut when I grew up,” he says. So the idea of a class centered on invention and engineering sparked his curiosity. At the time, Mr. Scott was leading a group of students on a project for the Lemelson-MIT InvenTeams initiative.

The task was to invent something that benefitted their community, and the team decided to design a submersible search and rescue robot to help the local fire department. Their hometown had multiple ponds that would freeze during the winter, and the fire department was often called on to investigate potential cases of people falling through the ice. So the team invented a remotely operated vehicle (ROV) that could safely approach cracks in the ice, and then submerge a second ROV detection device to conduct the search.

When Ford learned about the project for Lemelson-MIT InvenTeam, he was hooked. “It clicked, like this is something that is cool that I want to do,” he remembers thinking. Then he asked Mr. Scott if he could join the team — and Mr. Scott said no.

“That was the first time a teacher had ever told me no,” says Ford. He pushed back, asking again, but Mr. Scott held his ground. He told Ford that if he really wanted to join the InventTeam, he’d have to prove he would put the work in.

That moment was a turning point for Ford. He began showing up for all of Mr. Scott’s classes. “And when I was there,” he says, “I was trying, I was getting engaged, I was working with the other students on the project.” Eventually Ford got Mr. Scott’s permission to dedicate more of his time before and after school to the project. “It was the first time that I felt like I was living at my potential, actually wanting to wake up early or do something to be a part of this and make this thing successful.” 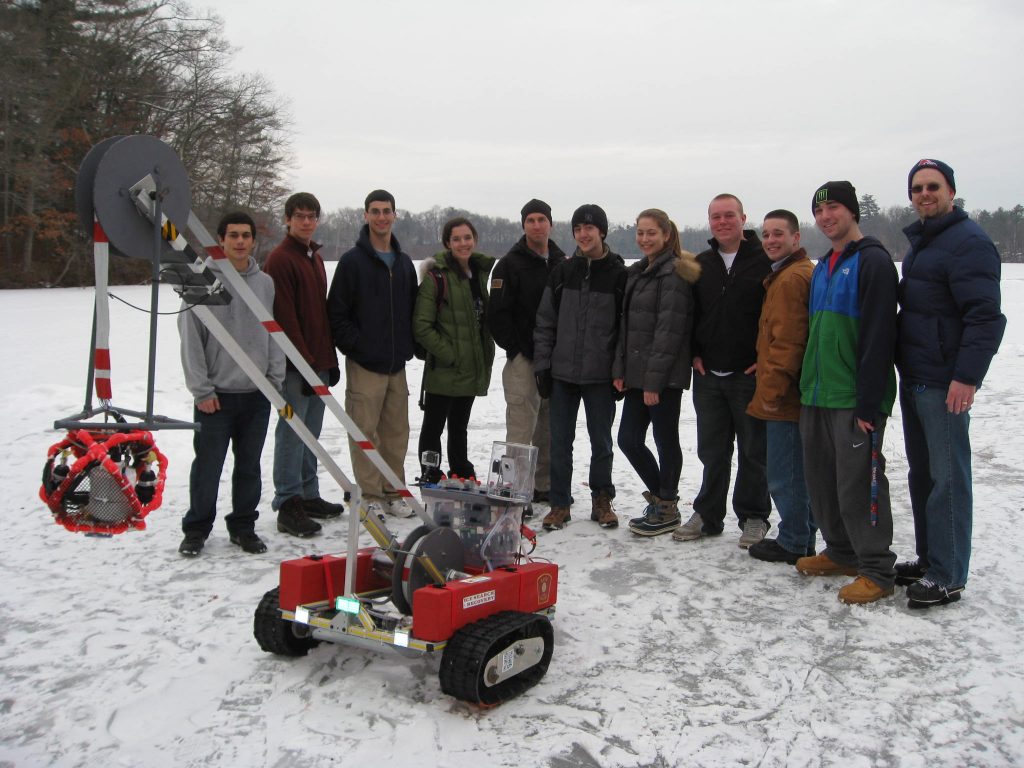 The team experienced that success, and more – from creating a working prototype to showcasing it at the 2014 White House Science Fair. And even though his grades were at the tipping point, his newfound drive allowed him to graduate high school, and from there, to join the Air Force.

He became an orbital analyst, studying satellites in contested areas of space. “I’m not an astronaut, but I’m closer than I was,” he says.

He cites other milestones that inspired him along his path, like presenting at the Smithsonian’s Lemelson Center for the Study of Invention and Innovation, and joining his former teacher to recount their experiences teachers’ institute sponsored by the U.S Patent and Trademark Office. 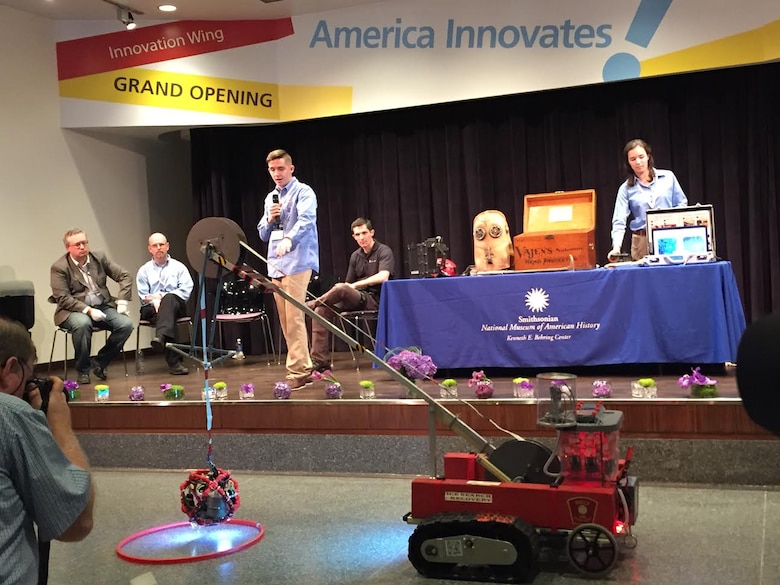 Ford attributes much of his success to Mr. Scott’s classroom, which was rooted in Invention Education, combining a project-based approach to STEM learning with entrepreneurial and design thinking.  For Ford, this way of teaching – letting students identify the problems they’re interested in solving and taking the lead to find solutions – had a lasting impact on his career trajectory. “No one ever talks about how to discover, they tell you what you need to know,” explains Ford. “Having an environment where you are given the freedom to learn how to learn – that was huge.”

And Mr. Scott’s mentorship also embodied a kind of support that he hadn’t received elsewhere. Instead of simply telling Ford what he may have wanted to hear, Mr. Scott helped him realize that he had potential, but — and this was the key — that he wasn’t living up to it.

To other teachers who might not realize the tremendous opportunity they have to change a student’s life, Ford says this: Treat your students with respect, but don’t coddle them. Make them accountable for their actions as well as for their potential. Believe in your students, but take it one step further, and also give them purpose – the kind of purpose he found through the invention experience.

His message for his own teacher, Mr. Scott? “The first thing I would say is, thank you.” And the second? “It was worth it. If I didn’t have someone like Mr. Scott,” says Ford, “I have no idea where I would be right now.”

While they’re both in different places from where they started – Ford is in Colorado now working for Northrup Grumman, and Mr. Scott is teaching at a different school – there is something they still both share.

Their names appear on Patent 9511833 for a “Multi-component robot for below ice search and rescue.”

***
In 2020, Doug Scott was awarded the Presidential Award for Excellence in Mathematics and Science Teaching.

As Earth Heats Up, This Inventor is Focused on Keeping Cool

Building Back for a Healthy Planet