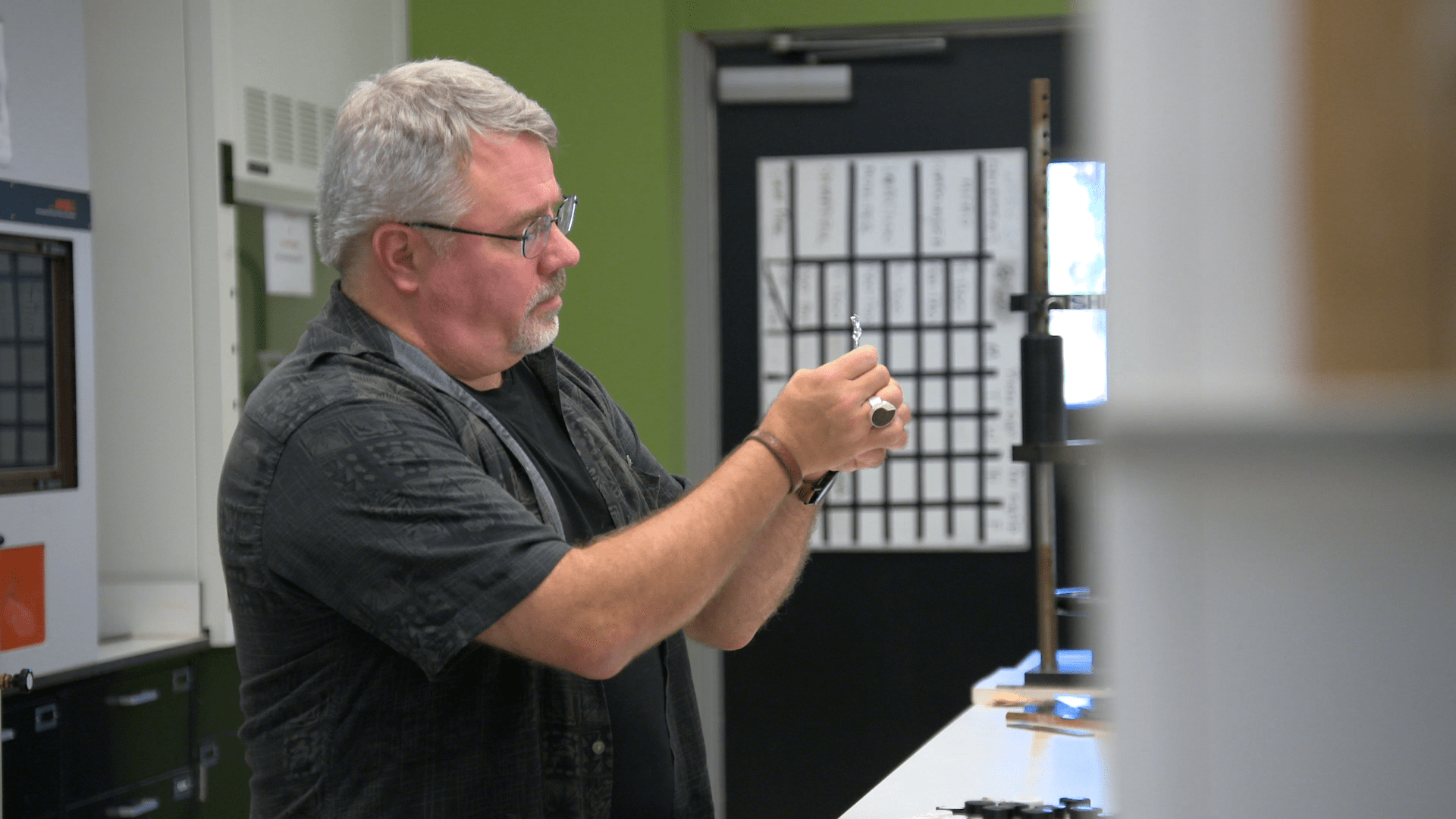 John Warner is, to put it mildly, passionate about his work. He is a prolific inventor holding more than 300 patents, as well as an educator and entrepreneur.

He is most passionate when talking about the future of green chemistry, which he pioneered with his childhood friend and fellow chemist Paul Anastas.

For those unfamiliar with green chemistry, Warner likes to use a grammar analogy. Green chemistry is a set of principles — like grammar rules — to create materials and products that are non-toxic for people, animals and the environment.

Warner and Anastas have been on a mission to move green chemistry to the center of policy efforts to advance sustainability. Warner has focused his reform efforts primarily on the education sector to ensure that all chemistry students graduate having learned the principles of green chemistry. The problem, he says, is that these fundamentals are rarely taught in chemistry classes, despite having been codified decades ago — and despite increasing demand from employers and students alike.

In addition to creating a nonprofit, Beyond Benign, that promotes green chemistry in the classroom, Warner has been involved with the Engineering for One Planet (EOP) initiative. EOP’s goal is to integrate the principles and tools of environmental and social sustainability into curricula for all engineering disciplines, including chemical engineering.

We talked to him about the successes and challenges that green chemistry advocates have faced in trying to create that kind of educational paradigm shift, and the collaboration needed among all stakeholders — from policymakers and educators to industry and customers — to create sustainable change.

This interview has been edited for length and clarity.

What brought you into the field of green chemistry?

When you open up a newspaper, turn on a radio, look on the Internet, you hear about a red dye that causes cancer or a plasticizer that causes birth defects or material that causes global climate change. We hear about all these things, but the most important question we should be asking is, why in the world would chemists do that?

You assume nobody wants that. Chemists wake up in the morning and say, I don’t want to die today in the lab. Really smart companies figured out that if you kill your customer, that’s bad for sales. Everyone wants safe materials.

No one in chemistry is required to learn anything about how to predict whether something might be toxic or might hurt the environment.

You also had a very personal connection to this issue — could you tell us what happened to your family that set you on this path?

I lost my two-year-old son to a birth defect. Lying in bed, the night of his funeral, I asked myself, “I wonder if something I touched in the lab caused my son’s disease and death?” The fact that I couldn’t answer the question drove me crazy.

How do you describe green chemistry to the lay person?

Every one of the PhDs in chemistry who want to save the world — whatever that means to them — if they don’t have the pragmatic training, how do they do that? We’re just winging it.

And so green chemistry is the adherence to a set of 12 principles to enable the development of technologies that limit the impact on human health and the environment of new products. It covers guidelines for a range of best practices, from preventing waste to using renewable feedstocks to designing for degradation. Sustainability is about what a technology does. Green chemistry is what a technology is.

How can green chemistry deliver actual economic benefits in addition to improving health for people and the planet?

Let’s say something inside a phone is toxic — so at some point, someone is going to be exposed to it, either while it is being manufactured or after it is thrown away. Rather than spending all our time and resources on mitigating exposure, green chemistry focuses on the intrinsic property and reducing the negative impacts of that intrinsic property, that material.

When we do this, everyone benefits. We save money, because toxic materials require protective gear, training programs, lawyers. But if I invent a technology that is less toxic, there’s no personal protection equipment to pay for, no liability insurance. Everyone saves money. That’s why industry got into it immediately.

How widely has green chemistry been embraced since you and Paul Anastas helped define and codify it 20 years ago?

Industry has embraced green chemistry, but academia hasn’t as much. And it’s not an aversion to green. It’s an aversion to change. If you look at a chemistry textbook from 1980, and you look at a 2021 textbook, you’ll see that the fundamental curriculum hasn’t changed. My life’s work is to change the way we teach and do chemistry, so that someday in the future, no chemist graduates with a degree not knowing and understanding the principles of green chemistry and how to apply them.

You addressed the challenge of reforming curriculum by co-founding an education nonprofit, Beyond Benign, with your wife Amy Cannon, who holds the first PhD in green chemistry. How are you advocating for change within the higher education system?

Beyond Benign’s higher education program is called the Green Chemistry Commitment, where they ask universities to sign a commitment to make green chemistry part of the required curriculum. Now, I would argue that most every chemistry program on the planet probably has someone passionately engaged in green chemistry. The students, if they are lucky, will have an opportunity to learn about green chemistry. But it’s luck of the draw. If that person retires, or goes to another university, that expertise is lost.

The point of the commitment — Amy Cannon’s brilliant concept — is to make it systemic, to make it not just something that an individual does, but something that the department does. Most of the universities that sign the Green Chemistry Commitment, a group of students put together a petition and went to the chemistry department chair and said, we want to do green chemistry. Sometimes it comes from a faculty member, but many times it comes from the students.

Beyond Benign also works extensively in K-12 classrooms, creating curricula for teachers and students on green chemistry and inventing green. Why is it important to create that early interest in chemistry?

We work with educators from K-12 to disseminate green chemistry knowledge and resources, really to inspire the students. Because statistics say that by the age of 12, if a child has not had a positive experience in science, they will never go into the sciences. All we need to do is have them smile and say, “Wow, that was cool.” 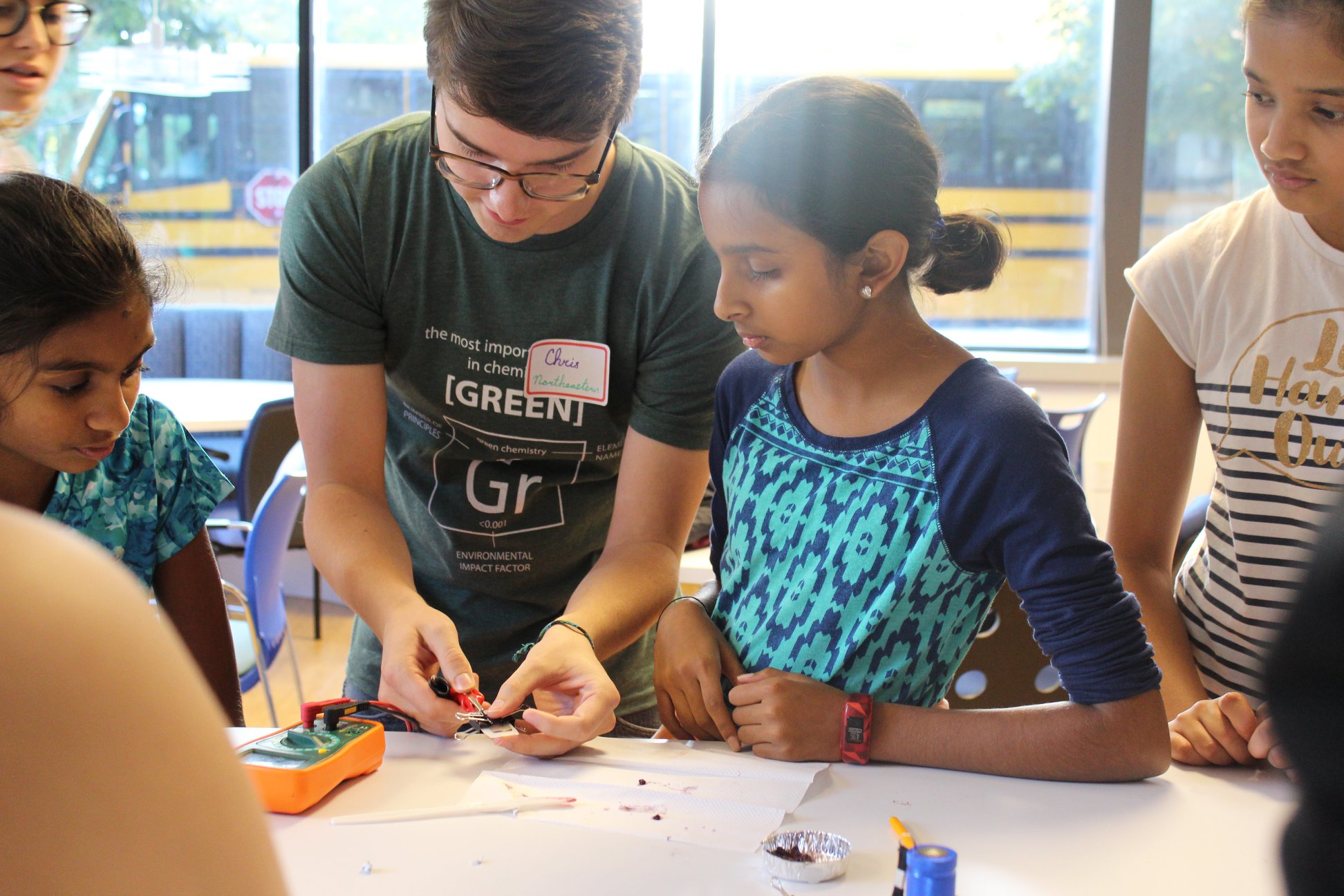 That’s what we’re trying to do, just get kids into the lab. We have hundreds of lesson plans — they’re free, they’re downloadable, instructors can personalize them and make it their own.

You went from industry — working as a chemist and engineer and a researcher at Polaroid — to academia as a professor at the University of Massachusetts Boston. What were the major differences in approach?

Academic research is focused on the academic publication where mechanisms and nuances of structure and reactivity are explored. This is important. The skill set to publish a paper in a high-end journal is very different than the skill set to make a product that can be manufactured in the real world. It’s not that one is better or more important, it’s just different.

Something like 85% of chemistry students ultimately get jobs in industry, but not that many faculty in chemistry departments have much industrial experience. We need industry and academia to work closer together.

Imagine if tomorrow everyone woke up, and every consumer, retailer, and manufacturer insisted on only sustainable, non-toxic products. We’re in trouble, because they haven’t been invented yet. Because students don’t learn this stuff, because it’s not part of the self-definition of what it means to do chemistry, we can’t do it yet. And so that’s why we need policy, that’s why I chose to leave academia.

You next helped create the Warner Babcock Institute, which has licensed green chemistry technology and spun out a number of companies — everything from non-toxic hair dyes to a drug to treat ALS. Tell us about the invention or technology behind one of your most recent companies.

Ambient Photonics is the most recent spin out to create lowlight indoor devices. I don’t call it solar energy because it’s meant for indoor use where the sun isn’t. If you take a really efficient solar panel that’s outside and bring it inside, it’s not that it works less, it doesn’t work at all. Solar panels need really bright light. And it actually has to be perfectly perpendicular. That’s why the solar farms are on these machines that move them.

The idea is creating the highest efficiency photovoltaic device by using a green chemistry technique. It works at any given light content, so it’s a breakthrough that way. If you had it on the back of your phone and you just left your phone on the desk, it would constantly be charged.

Most recently you joined a startup called Zymergen. What are you working on there?

I’m still associated with the Warner-Babcock Institute, but I felt that of the 12 green chemistry principles, the one that’s really the most difficult is weaning society from petroleum feedstocks. Toxicity is a problem. Climate change is a problem.

I chose to work at Zymergen, which is a 600-person startup that is focused on making things from biology. I’m in the fourth decade of my professional life, and this is where I feel I can have the most impact.

When you think of the next generation of chemists, how do we attract more students from different backgrounds and different interests — and how does fostering a greater diversity of chemists strengthen the field?

We need chemists who see the world through a different lens — the artists, musicians, athletes. I began as an undergraduate student intending to be a musician. It was through an accidental encounter that I discovered chemistry. I feel we need to attract a much broader and diverse group of people with new eyes and new ideas into chemistry.

My fundamental premise is that Einstein said no problem can be solved by the same level of awareness that created it. I would argue that if we’re going to get out of the problems that we have, what it means to be a chemist has to change. And we need to attract a massively diverse group of people to save and grow the field of chemistry.

Seven Lessons from a First-time Inventor-Entrepreneur