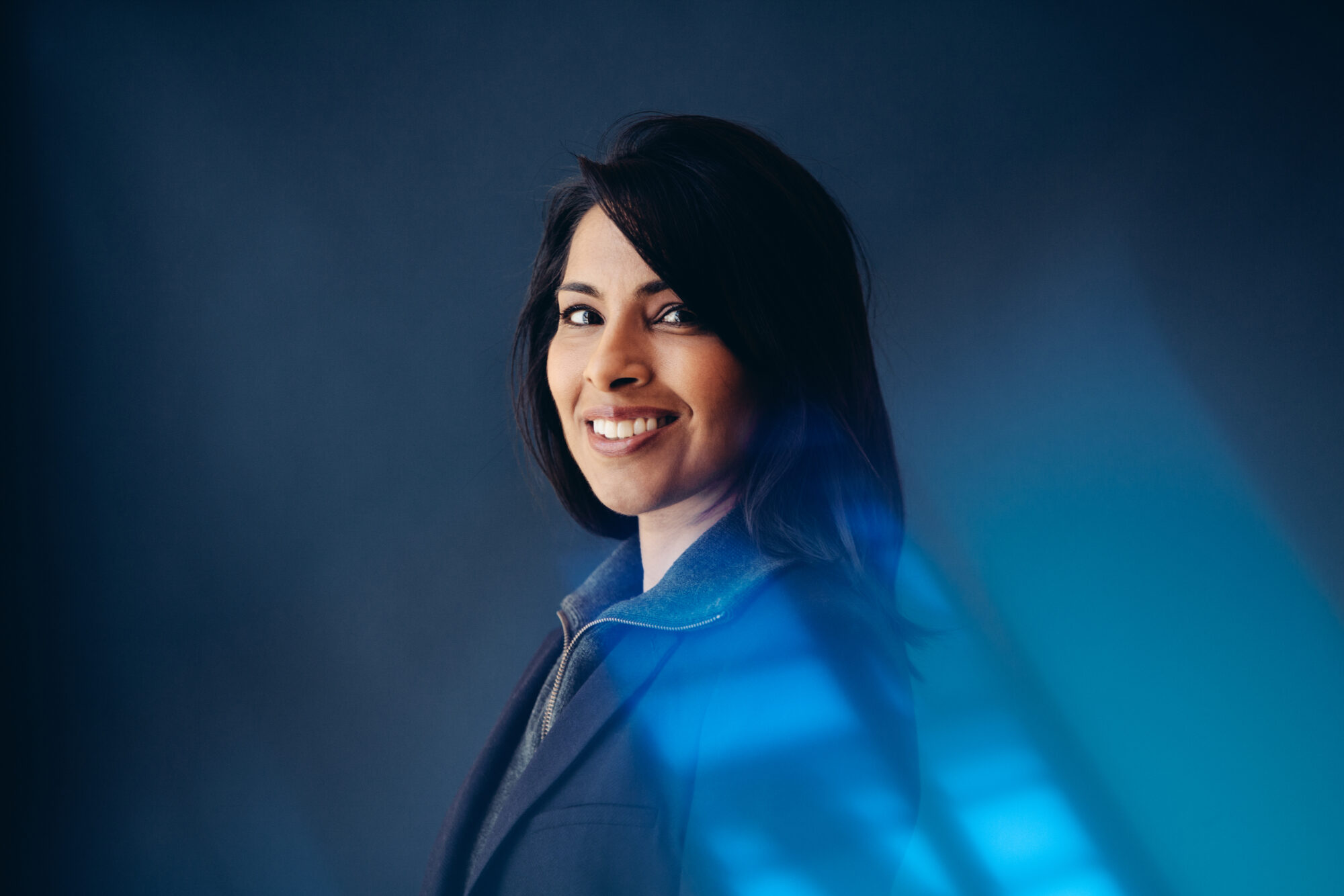 Sangeeta Bhatia is a leader in advancing human health care — and a role model for other women interested in STEM.

At her lab at MIT, Sangeeta Bhatia is singlehandedly inspiring a new generation of inventors through a combination of humor and pragmatism. “One thing I like to tell the students, just to set their expectations,” she says with a smile, “is that an experiment never works the first time.”

And if it does? “It’ll probably never work again,” she quips. Tinkering and having fun is part of the invention process at Bhatia’s lab. So is recognizing that it involves a lot of missteps: “Science is probably 90 percent failure,” she says. “The ‘Aha’ moments don’t happen that often — but when they come, they’re well worth it.”

Born near Boston, Massachusetts, Bhatia is the daughter of Indian immigrants, and she laughs about how, when she was growing up, her parents would ask her if she was going to be a doctor, an engineer or an entrepreneur. “Now we joke because I’m all three,” she says. Indeed, Bhatia is not only an MIT professor, but also a physician, an engineer, the co-founder of five companies and a patent-holding inventor. She is also a mother of two teenage girls.

Each of these roles informs Bhatia’s work, which centers on leveraging microtechnology used in computers and electrical engineering to improve human health. Her lab at MIT focuses specifically on cancer and liver disease, and building inventions that help in the detection and treatment of both. 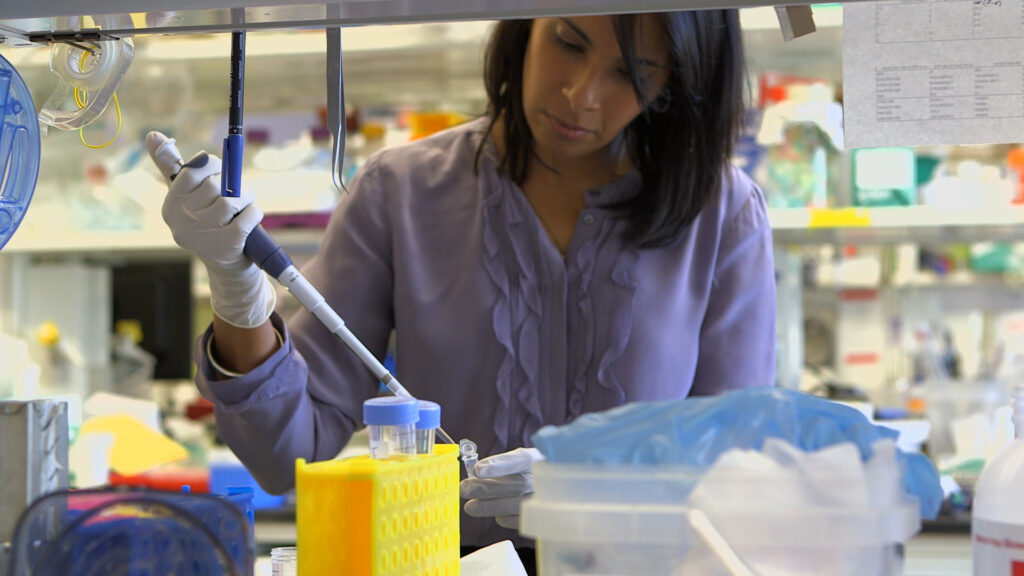 One of her creations is a nanosensor that is delivered via injection and then excreted through urine. “In particular we’re interested in cancer monitoring — early cancer detection for patients that might have lung cancer or liver cancer,” she says. “And what we’re hoping is that this would be the kind of test that you could do in a point-of-care way on what we call a paper diagnostic, which would be similar to a pregnancy test.”

This low-cost method, says Bhatia, would allow for early detection and monitoring without the need for expensive equipment, such as that currently used in mammography and colonoscopy.

In the United States, women comprise just 12 percent of all patent-holding inventors and own fewer than ten percent of technology startups backed by venture capital, and women founders receive a meager 2.7 percent of all venture capital. Bhatia has transcended these often gendered contours, cofounding five startups and serving as a founding adviser for a number of companies launched by her students. And in 2020, she was elected to the National Academy of Medicine, becoming only the 25th person to be elected to all three national academies – Science, Engineering and Medicine.

Bhatia, who won the Lemelson-MIT Prize in 2014, uses her sizeable platform to motivate young people, especially women, to follow their interests in STEM. “I hope to inspire young girls who are considering being inventors or engineers or technologists or doctors to see that this is an exciting profession,” she says.

In engineering in particular, says Bhatia, young girls begin dropping out around age 11. It’s a phenomenon that she calls the “leaky pipeline,” and it continues through college with fewer and fewer girls following their interest in engineering through to graduation and beyond. “One thing that we’ve learned is that having accessible role models — women further along in the pipeline who managed to make it work and seem to be enjoying it — can really make a difference,” says Bhatia. “I’m hopeful that I can be one of those people.” 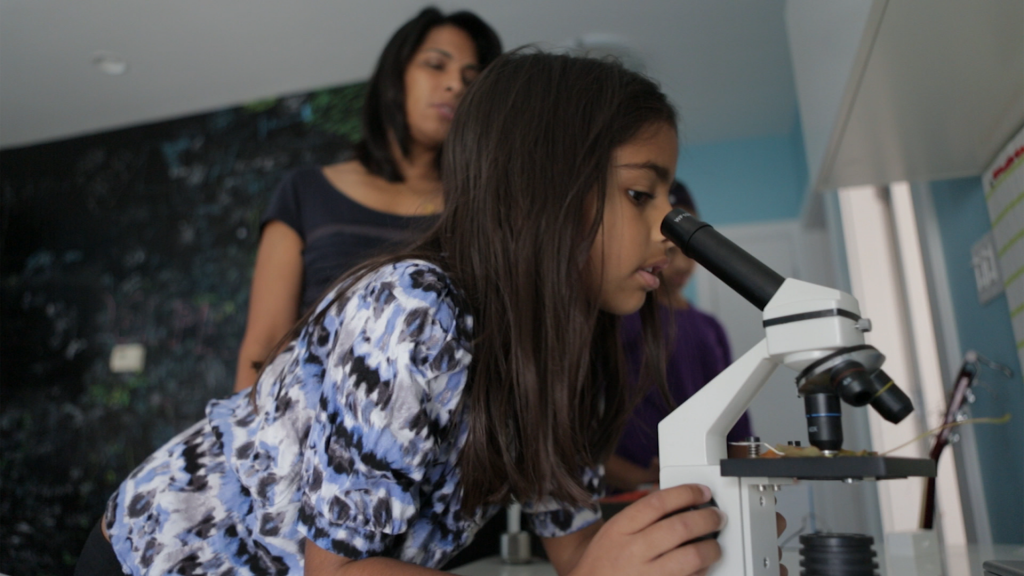 To help keep more girls interested and inspired, Bhatia runs an outreach program called Keys to Empowering Youth, which brings middle school-age girls to MIT for a day to meet women engineers and participate in workshops. She is also the advisor to a group at MIT called the Society of Women Engineers. “That gives me an opportunity to talk to young girls who are thinking about engineering as a major about what a great profession it is and why they should stay in it,” she says.

And it can lead in unexpected directions. Bhatia cites her cancer detection project as an example of invention’s iterative process. Initially, she says, the project involved using MRI technology to show contrast. But her students noticed that the sensor was lighting up the urine in their subjects, which led them to realize an MRI machine was unnecessary.

These kinds of “Aha” moments are valuable to Bhatia because she wants her work to have a global impact. “I grew up every other summer in India in Bombay, really surrounded by communities that don’t have a significant health infrastructure,” she says. “So I’m always thinking about not just medicine as it is here in the U.S., but how it is worldwide.”

Still, invention takes time and discipline, two things that don’t pair well with today’s culture of instant gratification. “Technology invention is something that requires a lot of hard work and persistence and resilience, and because of that you need support at every level, from training to idea inception to idea development, and all the way to incubation,” she says.

Learn more about the social and economic impact of invention through the RAND report “Measuring the Value of Invention,” documenting twenty-five years of the Lemelson-MIT (LMIT) Prize.

As we confront complex issues like climate change, sustainable energy, and equitable access to food and healthcare, one throughline is constant: progress and innovation are inextricably linked.

Meet the Woman Who Forged an Entirely New Scientific Field