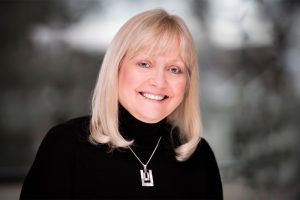 Dr. Carol Dahl is the Executive Director of The Lemelson Foundation, the world’s leading foundation solely focused on improving lives through invention. The Foundation inspires and enables the next generation of inventors and invention-based enterprises to promote economic growth in the U.S., and social and economic progress for the poor in developing countries. The Foundation focuses on Impact Inventing, supporting the people and systems needed to advance invention through the creation of products that have positive social impact, reflect environmental responsibility and lead to financially self-sustaining businesses.

Previously, Dr. Dahl served as Vice President for Strategic Partnerships at a startup diagnostics company. From 1990 to 2001, she worked at the U.S. National Institutes of Health (NIH) in several capacities, including founding Director of the Office of Technology and Industrial Relations at the National Cancer Institute (NCI) overseeing development of technology innovation programs in support of the national cancer agenda, and Program Director at the National Center for Human Genome Research. While at the NIH, she supported the development of the biotechnology portfolio of the Advanced Technology Program of the National Institutes of Standards and Technology and partnerships with NASA and the Defense Advanced Research Projects Agency (DARPA).

Throughout her tenure in government, Dr. Dahl received numerous awards for her work instigating development of innovative technologies, including DNA sequencing technology, bioengineering, bioimaging, and nanotechnology, and contributing to the launch of critical genomics resources, such as the Tumor Gene Index.

Dr. Dahl currently is chair of the Executive Committee of the Aspen Network of Development Entrepreneurs (ANDE) and chair of the Program Advisory Board of Grand Challenges Canada. She serves on the Nomination Evaluation Committee for the U.S. National Medal of Technology and Innovation and the Cancer Research Endowment Authority Board, at the request of the Governor of the State of Washington. Most recently, she was invited by the Council on Competitiveness to serve as a commissioner on its flagship initiative, the National Commission on Innovation and Competitiveness Frontiers.