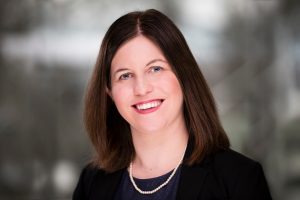 As a Program Officer for The Lemelson Foundation, Rachel Jagoda Brunette manages the Foundation’s Regional Invention Ecosystems initiative to enable the next generation of inventors and their companies to thrive. Her grant portfolio includes programs working in K12, higher education and innovation and entrepreneurship in Oregon. She also serves on the leadership committee of the Entrepreneurship Funders Network and the steering committee for the Oregon Capital Scan and Oregon Small Business Stabilization Fund, and was on the advisory committee for the Association of Public and Land Grant Universities Commission on Innovation and Community Economic Prosperity.

Prior to joining the Foundation in 2014, Brunette worked on science, technology, and education policy in the government and nonprofit sectors. As professional staff with the U.S. House of Representatives Committee on Science and Technology, she handled oversight of federal STEM programs at the National Science Foundation, National Institute of Standards and Technology, Department of Homeland Security and other agencies. She supported the drafting of the America COMPETES Act and represented the Science and Technology Committee majority staff on the conference committee for the Implementing Recommendations of the 9/11 Commission Act of 2007.

Prior to her Congressional staff service, she also helped advocate for investments in education, sustainability and basic research at the American Society for Engineering Education and Federation of American Scientists. After relocating to Oregon in 2008, Rachel worked for local elected officials on issues related to STEM education, technology industry development and economic competitiveness. She is a working group member for the Council on Competitiveness’s National Commission on Innovation and Competitiveness Frontiers.